A brisk October sun overlooks the Gulf of Bothnia. This is Olkiluoto, an island in Finland’s western archipelago, and the very heart of Finland’s nuclear energy industry, already home of two running nuclear energy facilities – OL-1 and OL-2 – and a construction site awaiting a third: OL-3. But at the moment, most people are listening for news coming 450 meters underground, from Onkalo; the world’s first planned repository of spent nuclear fuel.

The gate to Onkalo (Finnish for »cave« or »cavern,«) slides up like a newly awakened eye. On the other side of it, a 4.5 km-long gravel road takes you to »the world’s most expensive funeral site.« Down here the air is thin, the silence seems haunting and many questions arise.

Tuomas Pere is in charge of environmental issues at the energy company Posiva Oy. He steers the vehicle at low pace while explaining the region’s history. Tuomas Pere knows the route well, having worked with at Onkalo for a few years.

»But one must never forget that accidents this far underground could be fatal,« he explains.

Here, at end of the road, and covered by two billion year-old rock walls, the conditions for final-disposal of spent nuclear fuel couldn’t be any better. At least according to Posiva Oy.

»These rock walls have stood up against at least two ice ages, Finnish civil wars and global energy crisis,« says Tuomas Pere and parks the vehicle close to the tunnel wall. »We are nuclear pioneers,« he adds while shining his flashlight over the rock wall. »No one has ever done anything like this before. Onkalo will be a truly historic place.«

And most likely: a forgotten one.

When Onkalo has been filled with the island’s spent nuclear fuel – currently stored in temporary containers on the island – the tunnel will be sealed and enclosed. The owner, Posiva Oy, has not yet decided whether or not this highly expensive and controversial funeral site will be decorated with a memory plaque. »Perhaps it’d be better if future generations forget that this place has even existed,« says Pasi Tuohimaa, Posiva Oy’s Press and Public Affairs Spokesman and a former TV news anchor that decided to join the energy industry »and help save the world.«

He is quite serious about forgetting about Onkalo all together: »What’s it to remember, anyway?«

Pasi Tuohimaa looks down an eight-meter deep well. These wells are being prepared in separate caverns where the spent nuclear fuel rods will be sunk down and encapsulated in copper canisters. After that, the wells will be sealed with bentonite clay. The model is called KBS-3, and is based on research conducted in Sweden and Finland. The model, though, has been marred by controversy. The last years have seen a conflict emerge involving a number of prolific scientists questioning the KBS-3 model’s long-term sustainability. A group of scientists at Royal Institute of Technology, in Stockholm, and closely associated with the project, dropped out in protest and openly criticized what they thought was an evident lack of long-term sustainability regarding the KBS-3 model.

Their criticism was based on a number of tests conducted in Swedish labs that demonstrated how copper canisters had begun to rust after getting in contact with water and bentonite clay. And if it would happen down in Onkalo, when there is no possibility to monitor the development, an environmental disaster would evolve without the knowledge at ground level and dangerous nuclear waste could soon risk exiting the canisters and entering the rock walls. The issue is of concern not only for today’s scientists or Posiva Oy, but also for future generations. 100.000 years: that’s how long many of the radioactive substances in the copper canisters will take to be broken down and safe from harm, other substances demand up to a million years.

Onkalo’s chief executive, Reijo Sundell, responds to the criticism of the KBS-3 model with a wry smile. »Trust me, the model will hold,« he confirms and drinks his Earl Grey tea. »Sure, the model hasn’t been tested outside the labs yet, but we do everything we can to keep the radioactive waste locked inside the canisters.«

If someone knows what it’s like to work with nuclear power, it’s Reijo Sundell. He was born not far away from Olkiluoto Island, in the town of Rauma, 25 kilometres north of Finland’s capital Helsinki. He started his engineering career as an operation manager for reactor OL-1, and is now set to retire after four decades within the Finnish nuclear industry, being Onkalo’s first chief executive. »I know what the nuclear industry means for this region,« he says.

»The Eurojaki municipality is one of Finland’s richest thanks to us. And since the municipality receives 2.5 percent of our revenues in tax income, I’d say that Eurorjaki has become the most pro-nuclear municipality in the whole of Finland. People want us to store the nuclear waste here.«

Addressing these statements with people living in Rauma, one soon gets the feeling that the job opportunities are seen as too valuable to risk in favour of nuclear scepticism. There are critics of the nuclear industry in general, and the Onkalo project in particular, but few agree to speak out about it, and anyone who does it must live with the epithet »growth enemy.«

In the 1980’s, when it was to be decided where the Finnish nuclear waste would to be stored, Eurojaki was among five municipalities elected as final candidates. In the end, Eurojaki won the race and started to work out a solution that no one had ever solved since the birth of the nuclear industry in the 1940’s: What to do the long-living radioactive waste?

In Finland, the nuclear energy was born in the 1970’s. Like in any Western nuclear country, the waste problem simply got postponed; mostly because of its high research and technology costs. Not until the 1990’s was it decided by parliament vote that Finland no longer could export its nuclear waste – which until then had been the case, mostly to the former Soviet Union. Although the parliament vote accelerated the birth of the Onkalo project, questions remained regarding how to finance the eternal party. At the moment, a nuclear waste fund is said to be carrying the costs; however, increasing outlays for its island neighbour, the now more than ten years delayed OL-3, with problems regarding its safety, has seen transfers being made from the waste fund into the reactor project.

In Finland, nuclear energy stands for 25 percent of the total energy production. There are dreams of »a new generation« of plants, and the OL-3 is the first new reactor any western country has seen in over two decades. However, Finland’s worst environmental disaster to date, in 2012, bounced heavily on its nuclear industry. In Talvivaara, eastern Finland, a dam burst and leaked millions of gallons of water from its nearby mine, containing radioactive uranium, cadmium and nickel that eventually entered nearby groundwater wells. Canadian mining company Cameco Resources owned the dam, and the mine’s uranium deposits were earmarked for the Finnish nuclear energy.

The mine-disaster at Talvivaara reminded the population of the high cost of »clean energy,« but it didn’t prevent the parliament from voting in favour of a new nuclear plant in Pyhäjoki, north-western Finland, in December 2014. As with the two running nuclear plants at Olkiluoto, the granted plant at Pyhäjoki will be run and owned by many energy companies as a way of sharing costs and responsibility. Finland is said to be leading the way into a new nuclear era. The Onkalo project is the crown jewel that will demonstrate mankind’s ability to clean up after her.

The KBS-3 model has not yet been finally tested, and both Finland and the rest of the world have to wait until the late 2020’s before the first fuel rods containing nuclear waste will be stored 450 meters underground, at the end of a gravel road in a tunnel that environmental chief Tuomas Pere has compared with a pioneer trail.

At Olkiluoto, the heart of Finland’s nuclear energy, a collective sense of pride is palpable. The belief in nuclear energy is similar to a religious faith, and the Onkalo project could very well be its spiritual temple, where nuclear believers come to give thanks and praises for the atomic power’s gifts to mankind. But there is no getting away from the fact that future generations will not have had the opportunity to give their views on Onkalo’s buried waste; something that will continue to be potentially active – and harmful – for many centuries.

So what would Reijo Sundell say to people a hundred years from now, if they would ask him why they decided to bury spent nuclear waste and throw away the key? 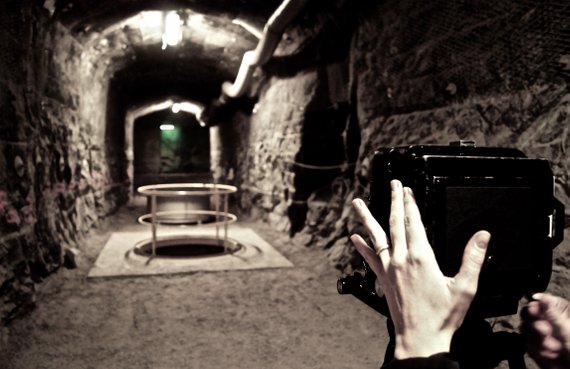 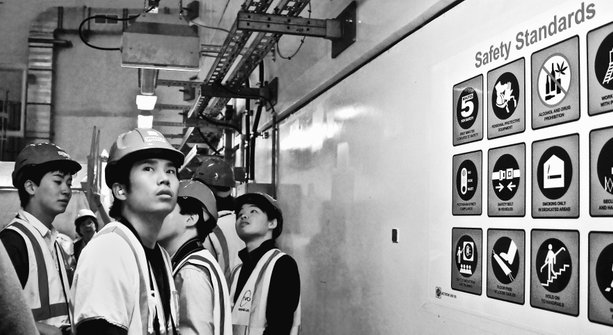 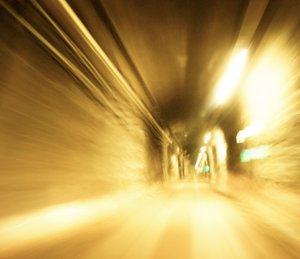