Born on an Empty Stomach:

War and Hunger in Timor-Leste

Teenagers run through the village to catch a ride to the mountains, racing toward halting brakes and a yawning motor like lost vessels answering a distant foghorn. They cling to whatever they can at an ancient vehicle, some piling in at the back, others climbing up on the roof to kneel beside a tied-up goat and UN-labelled rice sacks.

Their orange-blond and dirt-brown hair dances in the breeze. Children of war, grandchildren of colonialism and heirs of hunger, of which they bear physical signs. Not a style choice, the streaks of orange-blond color in their hair are actually a common symptom of malnutrition, a serious imbalance of vital macronutrients like carbohydrates, fats and proteins.

According to UNICEF, in 2020 malnutrition stunted the growth of an estimated 47 percent of Timor-Leste’s children under the age of five. Global Hunger Index ranks Timor-Leste second-to-last in its 2020 ranking of states by metrics of food access, placing the young country 106 out of 107, only surpassing the African state of Chad in addressing child undernourishment, wasting, stunting and mortality. The authors of the index described the situation as “alarming”, and some signs indicate the situation has only cosmetically improved in the past decade.

Both on the bus and in wider society, Timor-Leste’s youth face the risk of decline, as they navigate mountain slopes and steep curves, or face malnutrition, following them – and their offspring – through life.

The bus shrieks to a halt at the foot of Mount Matebian, the name of which translates from the local Tetum language into “the mountain of the dead”. Here, above the clouds, the dream of an independent Timor-Leste nearly died in 1978, under relentless bombings by the Indonesian military.

Apotino sits on the threshold to his house and awaits the first crack of dawn. He holds a cup of steaming hot coffee. The mountain village of Baguia that he calls home sits in a no-man’s-land between earth and sky. Between past and present.

The old man sharpens his knives for upcoming rooster fights.

“My livelihood,” Apotino explained and nodded to a small shack where his roosters still snooze.

His sandals rest against the night-cold soil – rocky, war-torn, and contaminated by Indonesian warfare. Poor soils and difficult farming conditions speed up migration downhill, towards the coast and the capital, Dili.

“A rooster fight can be quick or outdrawn,” Apotino said. “Either way, it ends in death.”

In 1974, four years before the shadow of warplanes touched the now-quiet mountainsides of craggy Timor-Leste, Portugal’s fascist dictatorship crumbled during the Carnation Revolution. The political process in that distant corner of Europe granted the country’s overseas territories a long-awaited independence.

Indonesian dictator Suharto took the opportunity to launch a full-scale invasion of Portuguese Timor, the once-mighty European empire’s least-prioritized colony, in December 1975, with the blessing of Australia and the US. The invasion marked the beginning of 24 years of war, famine and genocide that only ended in 1999, when the Timorese people voted overwhelmingly for independence in a UN-led referendum.

After the fall of Dili on 6 December 1975, Falintil – the military wing of the Revolutionary Front for an Independent Timor-Leste (Fretilin) – was pushed further east by Indonesian forces. Indonesian military thereafter increased its warfare and the sack of the countryside, leading to the surrender of many fighters and most of the civilian population who had taken refuge in the strongholds.

Last to stand was the Fretilin military outpost at Mount Matebian.

In late 1978, 30,000 Timorese people contained in the mountain range had to surrender after a reckless bombing campaign spiced with Napalm and chemical weapons.

Civilians ended up in concentration camps “in conditions of great distress”, according to testimony given before the Australian Senate Inquiry in 1982. Members and activists of Fretilin and commanders and soldiers of Falintil were killed, as were civilians. Others fled, leaving behind the old and sick who could run no more. “Pregnant women kept running, only stopping to give birth,” one survivor testified.

“This makes the death toll in East Timor [Timor-Leste] the highest relative to total population since the Holocaust,” journalist Andreas Harsono wrote in Race, Islam and Power.

The most brutal violence ended with the departure of Indonesian forces. Hunger, though, did not. Although Indonesian colonialism and occupation was finally overcome by the ballot, Timor-Leste was a nation born on an empty stomach. Its agriculture sector never took off after independence and lingering problems with food security have made malnutrition a generation-bouncing inheritance. Many famines during the 1900s can be traced to wrecked farmlands, wars, and ethnic cleansing.

Rob Kelly, food security and resilience technical advisor with the charity group World Vision Australia, has ploughed through most corners of rural Timor-Leste. He, like many, was amazed by people’s generosity. Whatever they had, they shared, even from the depths of poverty. But the land itself has colluded with the history of war to draw hard limits to what the people are able to provide.

“It’s such a run-down situation,” he told me. “The longer-term drivers remain, and one of them is the shape of the nation itself. Timor-Leste is a chunk of rock, very difficult to shape any kind of agriculture on … the small amount of arable land and cultivation growth doesn’t run along with the country’s population growth.”

However, foreign aid and assistance, while a hallmark of the national food system since the end of the war, is not a long-term solution. Self-sufficiency is the key factor, but a hard-knock life in rural Timor-Leste remains a challenge for small-scale farmers. Despite the introduction of new crops such as moringa, orange sweet potato and soybeans that are turned into tofu, the stony soil yields poor harvests, resulting in a thin domestic agricultural sector limited only further by a general lack of mechanization or modern practices.

In Timor-Leste, many families are scarred by trauma. Many who disappeared remain unaccounted for and even 45 years after the invasion many people here have no idea what happened to their loved ones lost during the occupation and its wars.

A 2014 Lancet paper shows how post-traumatic stress disorder and severe distress have left lingering scars among the Timorese population, primarily in rural areas, affecting people’s ability to work, study, care for their families and engage in social activities.

People who are dispossessed, by either force or disaster, will experience “the serious distress of nostalgia,” said Glenn Albrecht, an associate professor in environmental studies in the Australian School of Environmental and Life Sciences at the University of Newcastle. Albrecht’s work has specialized on the relationships between people and place, including cultural ties to land.

“Trauma is passed on from one generation to the next,” he told me.

“Timor-Leste has committed to improve the populations’ living conditions, especially in their well-being in the education, health and food areas and in access to basic services and infrastructure, contributing to the country’s economic development and stability,” the prime minister stated in December last year.

Time is of the essence, says an anonymous NGO worker tied to Timor-Leste’s health sector. They dub the post-independence-born generation as “victims of social lobotomy”.

Displayed X-Rays of Timorese children’s brains, displayed to me under the promise of secrecy, are compared to children raised in the Western hemisphere. The differences are clearly visible, even striking – the result of chronic malnutrition.

Far away from the capital city of Dili, one finds hunger deeply rooted in the culture and social behavior.

“The tradition here is that the men eat first, then the women and children,” the NGO worker adds. “What’s left, at times.”

As an outsider, they added, to come and implement ‘knowledge’ and ‘awareness’ about food security is easier said than done.

“Let’s not forget how deeply rooted their culture is. Here, on mountain slopes and in a harsh climate, they’ve survived colonial powers, hunger, and war efforts the past 500 years. That’s stamina,” the NGO worker said.

On Matebian’s slopes and in valleys are crosses, either depicting spots of mass graves or sites of executed civilians.

“Memories will live on as long as people remain here,” Apotino said. “What we have is the past and the present.”

Many people stride for a future on the other side of the mountain, where the collective memory is not embedded in the soil.

Apotino has moved on from his rooster knives and is now fixing a tilting door. He has tried to move on in life, but traumatic memories do not easily vanish. Although Indonesia’s warfare in Matebian is eternalized and documented in reports and testimonies, the written word cannot fully heal wounds of trauma – of war and hunger.

To be filled with food or hope, or both, the old man does not say. 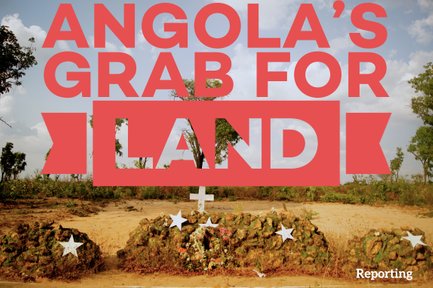 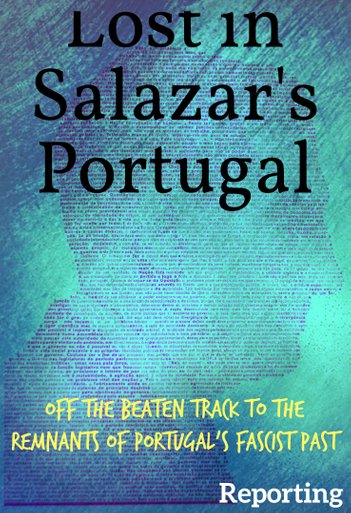 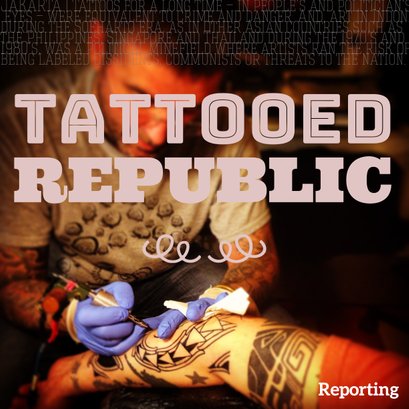 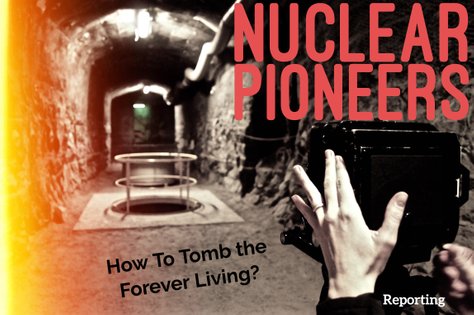 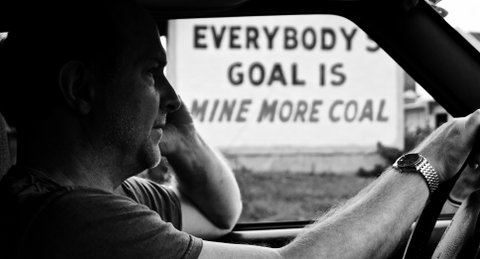 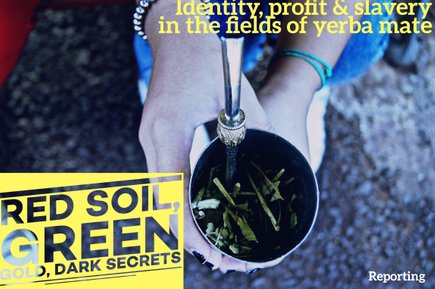