In North Dakota, the Greyhound bus stopped near a traveling circus. I didn't catch its name, but the massive tent was there, swelling like a balloon caught with a flu towards the sky. Not many people lingered around, maybe all had gone to lunch; the sun was high, the heat overwhelming.

Lost memories drifted me away, back to a childhood and a rainy Sunday when my father took me to a traveling circus a few miles outside of Stockholm. I remember the cold inside the tent; the next morning was a Monday and I would return to kindergarden, which I didn’t like very much. I remember dropping my bag of candy in the dirt void under my seat.

My father looked at me with sad eyes. »Come,« he said, »let’s go and buy you some more candy.«

»No,« I said, angry with myself for losing the candy, »that’ll cost you more money! Can you really afford a new bag of candy?«

I was four years old at the time, and that’s my oldest memory of economic thinking. I wondered if my father was rich, or if we were poor? We were probably neither; we could afford to go to the circus on a rainy Sunday in the mid-80s. What makes a child asking himself those kinds of questions? Do children here in the American Dakotas ask themselves – and their parents – the same things? Maybe, possible, probably. It all depends. All I know is that it was the only time we ever went to the circus, and we never spoke about it afterwards.

There were a lot of things I never got to say to my father before I watched him die in cancer when I was eleven years old.

The wind increases in Stanley, once a sleepy little town, but now struck by North Dakota’s current oil boom. Like a forest unexpectedly hit by lightning. The bus has pulled over for a short break next to a fleet of trucks. The drivers don’t care less about the waning signs (»No Smoking«). Big men with dusty faces and multi-colored caps light their cigarettes, standing next to small creeks of spilled gasoline that plays the blinking game with the sun.

Walking around there, listening to the conversations amongst truck drivers, feels like being a invisible fly on the wall in a room where history just is being written:

»To Williston, of course, where else?«

»Drilling shit, then down to Wyoming.«

The conversation lasted only as long as there was tobacco left to puff, but these kinds of conversations can tell you more about North Dakota’s oil boom than a hand-full news articles: nothing is censored. All is within your grasp: wealth, money for your children’s college, a last chance in times of economic turmoil.

Renell sighs, »In a decade, this will be a ghost town.«

She is a lean woman with knocked-out teeth and a clean head after what seems to be an aftereffect of a disease. Williston is not the sleepy little town she grew up in; the town her parents moved to a few decades after the gold bonanza reached western North Dakota in the late 1800’s.

Williston woke up in grief after the Great Depression in the 1930’s, and the Great Plains suffered endlessly during the rampage of the Dust Bowl era. The scars after the latter is still visible; drought has completely shuffled the soil, turning harvesting into a harsh game of Russian roulette, leaving long sightedness outside the door of domestic politics

It’s Saturday morning and Cody, Wyoming, is still and peaceful. The motel along Main Street have no reason to click on the red button: »No Vacancy.« A saucer stands on the ground outside room 2, a dripping sound seems to come from the empty surface; perhaps the heat pressing itself against the porcelain.

In Cody we finally got time to do some washing. »Just let it dry in the wind,« the cleaning lady told me. »It won’t take long.«

She was right, it didn’t take long. The family who runs the motel practice the Mormon faith, and the lady who appears to be the manager came all the way from the coasts of Florida.

»I’ve never regretted coming to Wyoming, ever,« she explains. »I love it here, and I will never move back to the south.«

Her youngest daughter is watching TV with her leg lost in a plastic bandage. She landed badly after an afternoon in a bouncy castle. It was the day before school closed for the summer, and now she’ll be watching TV and staying inside while her friends are out enjoying their summer holidays.

Life isn’t always fair, her eyes seem to express while our glances meet – then her full attention returns to the cartoon show.

Later in the afternoon, a bus is picking up people heading for Cody’s famous rodeo stadium. There’s a festive ambience aboard; local women have brought their own liquor. I ask them what they drink.

The woman points at an old lady a few rows in front of her. The old lady turns around and says, »You don’t wanna know, boy.«

While there’s excitement in the air the rodeo is a place of sharp contrasts; horses, bulls and cows don’t carry the same smiles as the spectators. They are waiting, well aware that something is about to happen with them – not us.

We get the feeling of visiting a parallel world, or stepping back in time. We climb the stairs to the northern section of the stadium and find myself overlooking a stadium of American Dreams. Its dusty façade, and the rodeo itself, its presenters who all wear face paintings and constantly make fun of each other’s wives, often with sexual high-notes, all to the crowd’s raw laughter.

In a way they are clowns, not educators (which a clown in the Brazilian jungle explained first and foremost are), a dust bowl of opium for the people on a Saturday night, a symbol of something without a past, perhaps even something without a future.

A rodeo show represents the cruelest form of Capitalism, survival of the fittest. The whole phenomena is built on unequality; animals trapped behind bars, men and women waiting for their own personal ride to glory, fame and wealth on the animals backs – they can fall off, they can hurt themselves, even die. In the midst of all is the crowd, paying overprices for Budweisers and hot dogs, cheering from the stands.

When everybody stands up to sing the national anthem, we wonder which flag people are ready to die for: the Stars and Stripes or the Coca-Cola? In the background lingers Mother Nature like a giant quilt hiding something bigger. The closeness to the Rocky Mountains makes me more at ease, but also confined, trapped under ice.

There’s rain underway, it will be here any moment now.

Perhaps coming to Cody’s Rodeo Stadium is just a part of a larger culture shock? Seing all this makes you think, but we can’t stop the tears while leaving this parallel world, its coked American Dreams, and walk down the stairs from the northern section.

We look down at a flock of horses, stressed and nervous by the roar and tension in the air. A storm is coming. They stay in motion as a collective defense mechanism. The motion gets them nowhere while we walk away just as the first rain drops hit the mountains neighboring the mighty Yellowstone National Park.

We escape the rain and enter Cassie’s Bar, along the road back to Cody. Seeing the neon light was like spotting an oasis in a dry desert. From a table in the back we could watch the movements on the dance floor; without glasses on the movement reminded of scattered leaves.

Levi has worked as a waitor for six years, since he was sixteen. He recently got back from Brazil, where he lived in the state of Pará, in the heart of the Amazon jungle. He was there preaching for a year at a local Mormon church, fulfilling his international duty. We speak in Portuguese, or rather that specific Amazon dialect and ask each other about certain villages along Tapajós River, about restaurants in Santarém, central Pará’s biggest city.

Levi laughs, »What are the odds to meet someone who’s been in Pará here in Cody?«

Later, at the pool table Jon explains why life in Cody is so hard. »There are not so many people around here in my age that likes to dance. I’m an old-fashion guy, I like to take my lady out for a dance, maybe a drink or two, you know ... But here in Cody, all is Rodeo and being a cowboy. If you’re not into those kind of things, tough luck!«

Outside Cassie’s Bar the rain has stopped and the streets are empty. All is silent and ready for another night of American dreams. 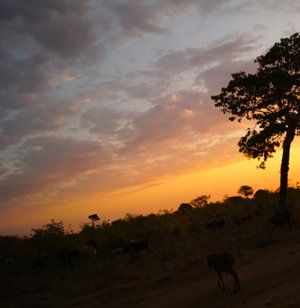 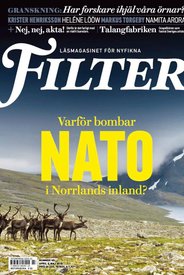 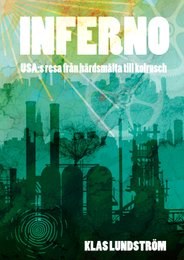